RCR Wireless NewsIntelligence on all things wireless.
YOU ARE AT:PolicyPai says he will move forward with Section 230 reform targeting social... 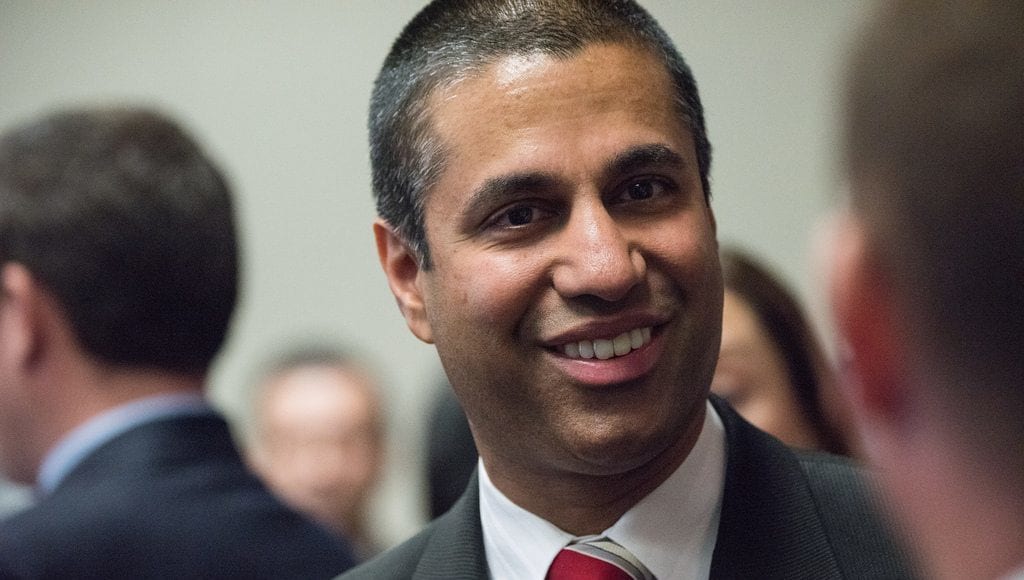 The Federal Communications Commission is moving forward with reform of Section 230 of the Communications Act, which shields social media companies from liability for the content its users post, but which conservatives say has allowed those platforms to unfairly censor them.

Chairman Ajit Pai made the announcement that he will proceed with Section 230 reform after a week which saw Twitter and Facebook drawing even more conservative ire than usual over the social media platforms’ limiting of sharing of a questionable story in the New York Post that focused on the son of Vice President Joe Biden, and allegations related to potential conflicts of interest on the part of the then-VP. The details of the story have been is also reportedly being investigated as the possible result of a foreign intelligence operation, but conservatives have characterized the platforms’ actions as election interference.

Large social media companies have long drawn conservative claims of censorship and have been the target of President Donald Trump’s ire for months, due to efforts by Twitter and Facebook to fact-check or even remove misinformation that the president tweets or which his campaign shares. On May 28, Trump issued an executive order to the Commerce Department to ask the FCC to review and “clarify” the section of law under which social media platforms are legally protected from liability for the content which their users post.

The FCC has since put up for public comment the petition for rulemaking that was submitted by the Department of Commerce, asking the FCC to reconsider the interpretation of Section 230 of the Communications Decency Act of 1996.

The actions by Twitter and Facebook to limit the Biden story appears to have been a tipping point for Pai.

“Members of all three branches of the federal government have expressed serious concerns about the prevailing interpretation of the immunity set forth in Section 230 of the Communications Act. There is bipartisan support in Congress to reform the law. The U.S. Department of Commerce has petitioned the Commission to ‘clarify ambiguities in section 230.’ And earlier this week, U.S. Supreme Court Justice Clarence Thomas pointed out that courts have relied upon ‘policy and purpose arguments to grant sweeping protections to Internet platforms’ that appear to go far beyond the actual text of the provision,” Pai said in a statement. “As elected officials consider whether to change the law, the question remains: What does Section 230 currently mean? Many advance an overly broad interpretation that in some cases shields social media companies from consumer protection laws in a way that has no basis in the text of Section 230. The Commission’s General Counsel has informed me that the FCC has the legal authority to interpret Section 230. Consistent with this advice, I intend to move forward with a rulemaking to clarify its meaning.

Commissioner Brendan Carr issued an immediate statement in support of Pai’s action, saying, “Section 230 reform is long overdue. The status quo isn’t working. That is why I have called for the FCC to take action and do our part to rein in Big Tech. Chairman Pai is right that the FCC has legal authority to interpret Section 230, and I applaud his leadership in announcing the FCC will move forward with clarifying the statute.”

Meanwhile, President Donald Trump has been urging the speedy confirmation of his latest nominee to the FCC, Nathan Simington — who helped to write the Commerce Department’s request to the FCC to consider Section 230 reform in the first place. Simington is a telecom lawyer who has been holding a senior advisor position at the National Telecommunications and Information Administration since June.

He was nominated in place of longtime FCC Commissioner Michael O’Rielly, whose renomination was abruptly withdrawn after O’Rielly expressed some reservations about free speech issues around the administration’s efforts to more strictly regulate the extent to which social media companies can censor content.

“Republicans need to get smart and confirm Nate Simington to the FCC ASAP!” Trump wrote on Twitter last week. The U.S. Senate Commerce Committee has since scheduled a Nov. 10 hearing on Simington’s nomination, Reuters reported yesterday.